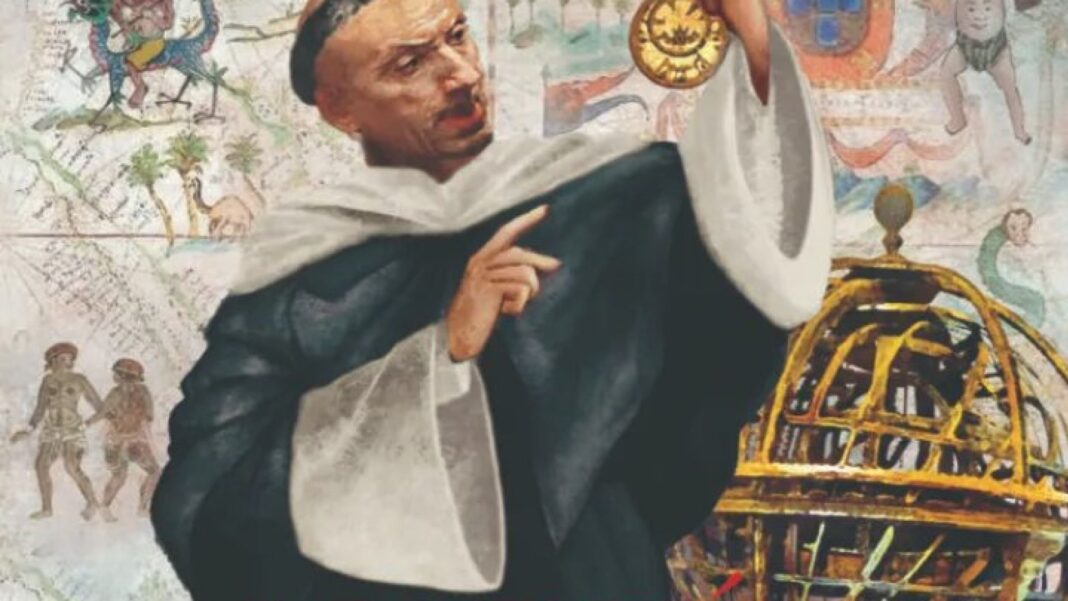 This landmark volume has a Spanish edition as well as an English-translated edition.

About Martín de Rada (1533–1578): Book Highlights
In this first volume of VFI’s Colección Iberoasia imprint, sinologist and professor Dolors Folch recreates the ideals, life, times, and works of Fray Martín de Rada, both a man of science and a man of the cloth, who arrived in the Philippines in 1565 with Miguel Lopez de Legazpi’s expedition that established a Spanish colony in the islands.

An expert in astronomy and mathematics, indispensable for the invading Spanish missionaries and conquistadors, he was not just a witness to the first two decades of colonial rule in the Philippines, he was also the first to describe China to Spanish readers.

Although Fray Martín’s only surviving portrait depicts him as the quintessential scientist, he was, for his more than twelve years in the Philippines, also an author, a critical observer of the plight of native Filipinos, a missionary, and, most importantly, an ambassador to China in 1575. Martín de Rada (1533–1578): Scientist, Missionary, and Spanish Philippine Diplomat to China explores the milestones in the man’s life that made him one of the most important players in Spain–China relations. It chronicles his early years as an Augustinian missionary in New Spain (Mexico) who was commended for his administrative talent, as well as his mathematical and scientific mastery, leading to his selection as part of the royal expedition to the Philippines under the command of Miguel López de Legazpi.

De Rada’s stay in the Philippines, as recounted in the book, proved crucial to the evolution of his beliefs about the real situation of the native population at the hands of the Spaniards who, as he reported to the Mexican viceroy, abused and left them impoverished.

The book also gives an account of his evangelization of the natives as he carried this experience to accompany a delegation to Ming-era China, a country that left an indelible impression on the Augustinian. He shared his experience of the country in his renowned Relación, which succeeding scholars would use as a primary reference on China.

About the author
Dolors Folch, professor emerita of the Department of Humanities of Pompeu Fabra University in Barcelona, Spain, was dean of the Faculty of Humanities from 1992 to 1999 and director of the School of East Asian Studies.

About Vibal Foundation
Founded in 2007, Vibal Foundation is Vibal Group’s philanthropic arm. Its vision is to engage Filipinos in intellectual discussion of Philippine history, culture, and the arts by providing beautiful and insightful print and digital materials.