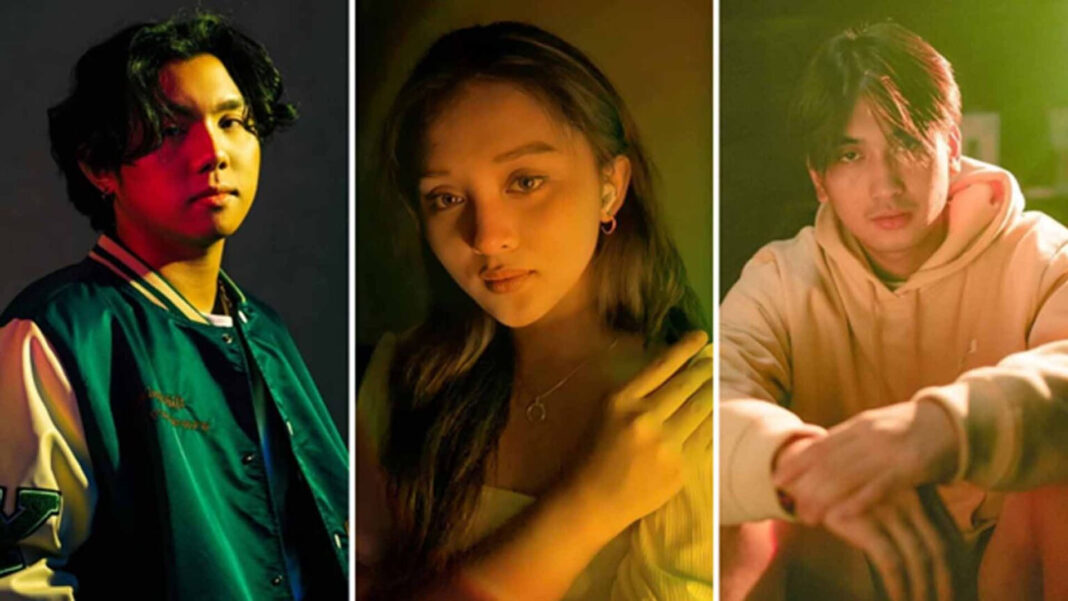 It was a massive feat for Original Pinoy Music (OPM) artists to pave the way and shine as iconic TikTok stars on the platform—helping them to finally get the recognition they deserve and be included on the top OPM hit list.

Avid users of the platform largely contributed to this success by making a lot of OPM songs become popular through continuous playbacks by joining kilig couple trends, dance crazes, mini-vlogs, hit duets, and so forth.

To find out more about these artists, we listed down 3 OPM artists who rose to fame as byproducts of TikTok trends:

Zack started his journey to stardom on The Voice Kids (Philippines) Season 1 in 2014, and like other artists, he also faced a lack of appreciation for years before finally earning the spotlight in the music industry. After 2 years of his debut in 2018, his songs had few listeners until he signed with MCA Music/Universal in 2020 through its sublabel Island Records Philippines, which opened him to new opportunities.

2020 became a game-changer for Zack when his song “Nangangamba” earned a total of 223 thousand videos made under the song on the Tiktok platform. His song became a viral success on TikTok starting in early May 2021, with people joining in the bandwagon of confessing their feelings to their crush. Following the success of “Nangangamba”, his other songs such as “Umaasa” and “Sigurado” also gained popularity.

Following this huge success, Zack has been consistently spoiling fans with new songs, and his virality hasn’t just been limited to Tiktok. “Binibini,” “Pano,” and “Habang Buhay” have been at the forefront of remarkable trends, from super kilig love stories to the biggest heartbreaks of people online. He currently has 431k Tiktok followers and 3.9 million overall likes on the platform.

Zack is now an award-winning artist who is smashing records from left to right in the industry, and TikTok has undoubtedly contributed to this success.

You have probably heard of “Ako Naman Muna” somewhere, a comforting song about self-love. Before it was officially released on various major music outlets, the song originally gained popularity on Tiktok as an unfinished composition by an 18-year-old teen, Angela Ken, amassing over 1.2 million likes and views as of this writing.

Angela had been a TikTok superstar prior to getting scouted by ABS-CBN, with over 942 thousand followers and 13.8 million total likes on the platform as of writing.

Unlike Zack, who rose to stardom via his released songs, Angela Ken has a different story of how she became a TikTok star. She’s well-known on the platform for covering songs and releasing original song compositions that she composed and arranged herself.

Angela is currently a Star Magic talent and an ABS-CBN Music recording artist following her remarkable breakthrough with “Ako Naman Muna” in 2020. She is promoting her songs on prominent music and TV programs at the moment, and she will soon be a part of ABS-CBN Dremscape’s upcoming projects.

Starting from covering songs on YouTube, Adie is now one of the most successful OPM artists of his generation. He became a huge hit after his songs earned exposure on Tiktok and, like Zack, his songs were used in trending videos on the platform.

He rose to fame in the music industry with his songs, “Paraluman” followed by “Dungaw,” “Sawa Na,” and his most recent song, “Tahanan,” which has become a “sana all” sensation on TikTok, with couples flexing their lovers. As of this writing, he has over 425k followers on the platform, with 4.1 million likes.

“Paraluman” was also a trending topic in 2021 upon the release of its music video featuring social media influencer Ivana Alawi and the story behind the song. The song sparked interest with fans after Adie revealed that the song was written by him with Angelina Cruz as his inspiration. She is the eldest daughter of actress Sunshine Cruz and actor Cesar Montano. Angelina also starred in one of Adie’s music videos, “Sawa Na”.

The 20-year-old singer is currently managed by OC Records, the record label of singer-actor Kean Cipriano, and is home to famous OPM singers Arthur Nery and Unique Salonga, as well as social media influencer and youtuber Mimiyuh, along with other renowned artists.

These OPM artists are truly a source of pride and a ray of hope for aspiring underrated artists who are also hoping to get recognition through the TikTok platform. That is why, if you want to see more artists succeed like them, support OPM artists whenever you can because it is a significant step to acknowledge their efforts and hard work as artists.