Meet UPL Limited Global and UPL Philippines Inc.
UPL is established in 1969 and is one of the largest agrochemical companies in India and 5th largest crop protection company globally. With its presence in over 138 countries, having 44 manufacturing sites, and more than 10,000 employees, Its purpose is to create open agriculture network for a sustainable future.

In 2012, UPL Philippines Inc. was formed as subsidiary and started being the partner of Filipino farmers in feeding the nation. Their areas of expertise include seeds, crop protection, plant stress & stimulation, post-harvest, soil and water technologies, and environmental health solutions. 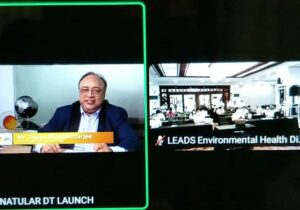 What is Natular DT
Natular DT is a mosquito larvicide crucial in the fight against Dengue, Yellow fever, and
Chikungunya diseases. It is unique because of it’s naturally derived active ingredient: Spinosad. It’s a class of its own compared to other existing larvicides with a distinctive mode of action that helps fight resistance. Natular DT is also safe for the community because it is naturally derived. 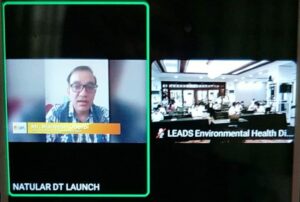 What is Spinosad
Spinosad is derived from naturally occurring soil bacterium that balances efficacy and environmental stewardship. It is classified as Group 5 insecticide by the Insecticide Resistance Action Committee (IRAC) and it is the only active ingredient classified in Group 5 used for mosquito control. The benefit of this is that it has no cross-resistance with existing products, making it an excellent option for resistance management.

Spinosad was discovered in 1986 by a vacationing scientist from a soil sample he took in 1982. The new species of bacteria was sacchrapolyspora spinosa, which translates to spiny sugar. Later on, the bacteria was fermented in laboratory and yielded spinosyns A and D, which comprise S. spinosa. 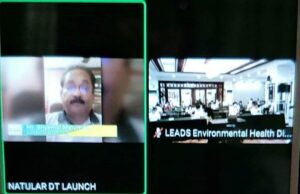 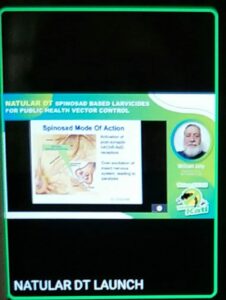 How does Natular DT work
Natular DT works unlike any other larvicide. It works by altering the function of insect nicotinic acetylcholine receptors that causes continuous nervous impulses that later result to paralysis and death of the larvae. This happens through ingestion and contact with the active ingredient. Its 1st visible effects are seen within hours of application. Optimal control is reached within 24-72 hours, sustained at very uniform levels for 60 days. 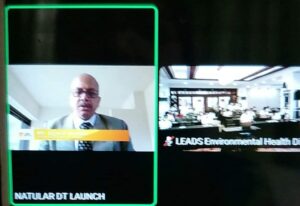 Safety Standard
Natular DT was evaluated by the EPA and is the first Reduced Risk larvicide approved product. All ingredients of Natular DT are included in EPA’s List of Minimal Risk Inert Ingredients. As a matter of fact, Spinosad earned the EPA’s Green Chemistry Award in
1999. Natular DT has also been evaluated by WHOPES (World Health Organization Pesticide Evaluation Scheme) for water container treatment in dengue control programs and is approved by the Drinking Water Quality working group for potable water. 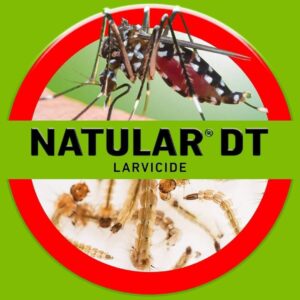 Environmental Impact
Spinosad is safe for the soil, water, and animals. In the soil, spinosad readily degrades and is non-persistent. In water systems, it degrades naturally in sunlight. In insects, it is highly-selective while in mammals, it is not readily absorbed through the skin. In terms of toxicity, mutagenicity, and genotoxicity, spinosad has relatively low risk to beneficial and non-target insects. It is not acutely toxic to terrestrial birds, wildlife, or to fish and most aquatic invertebrates. Studies also found that it does not posses mutagenic potential. 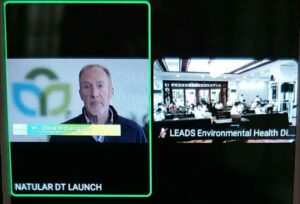 Q: How do you use NatularDT?
A: imply place the Natular tablet in containers or places where there is stagnant water. One Natular DT tablet is effective for up to 200 liters of water and can last up to 60 days.

Q: Is there a significance to design of the Natular tablet?
A: Yes. Natular DT is a bi-layer tablet that provides dual release action. The first layer dissolves within 60 seconds, rapidly delivering an effective dose that will kill larvae within 24 hours. The second layer slowly dissolves over time prolonging the efficacy of the tablet for up to 60 days in a 200-liter container.

Q: What will happen if the water dries down?
A: Natular DT will reactivate once water is present again.